The Roots of Civilization demonstrates that since the arising of our genotype, Homo sapiens sapiens, some forty millennia ago, attention to the measurement of periods of time as manifested by celestial bodies and motions has been an activity as persistently and widely pursued by people as the getting of food or the making of tools. (The Secret of the Incas)

In his foreword to The God-Kings and the Titans, paleontologist Raymond Dart points out that historians of science, took it for granted that mining began about 4,000 BC until the 1960s, when carbon-dating from the Ngwenya iron mine in Swaziland showed that mining for red iron ore (haematite had been carried out there as long ago as 7,690 BC. By 1969, it had been established that our ancestors had been mining in 41,250 BC. (The Atlantis Blueprint)

Any intelligent man's mind is bound to 'boggle a bit' if it really strives to envisage that dispersal of unanimity in purposive behaviour shared both by the prehistoric inhabitants of France and those of Swaziland and lands between them about the immense importance to humanity of bloodstone, over forty thousand years before our era; of finding this red earth and burying it with the dead in small lumps, or in great quantity if fortunate enough to have access to it in plenty. Actually the use of bloodstone (or of real blood, whether human or other) in death rituals and in many other rituals spread over the entire globe not only to South Africa but through Asia and across Australia to Tasmania and across the Americas and down to Tierra del Fuego. So the bloodstone mining habit has crossed not only all the seas and straits but also the oceans that separate them today. Hence, water-vehicles must have been responsible for part, if not the whole of that rapid dispersal...(The God-Kings & the Titans)

Was mining for metals possible during the Old Stone Age? Incredulous, the scholars dug 'a shaft at a point where, apparently, the ancient miners had begun their operations. A charcoal sample found there was sent to the Croningen laboratory. The result was a dating of 41,250 BC, give or take 1,600 years! Other remains advanced the age of the artifacts to about 50,000 BC. (The 12th Planet)

However, there is one case where a slight discrepancy shows up at the sixth decimal place if the Nineveh constant of 2,268 million days is divided into tropical years. The difference equals twelve millionths of a day per year, so slight that it took me quite a while to discover it; but it does not detract a thing from the full validity of the Nineveh number. On the contrary, this discrepancy gives us a marvellous opportunity to calculate exactly when the Nineveh constant was created. Modern astronomers and their caesium atomic clocks have told us that because of an infinitesimal slowing down of the Earth's rotation, the tropical year is getting shorter by sixteen millionths of a second per year. This helped me to calculate the true age of the Nineveh constant and led to the discovery that the great constant of the solar system accidentally found in the ruins of the royal library of King Assurbanipal must have been computed 64,800 years ago, give or take a few years. (Our Cosmic Ancestors)

In order to know that the precession of the equinoxes actually occurs, one must observe the nighttime sky over a very long period of time. At the summer solstice, the rising sun appears just below one of the twelve constellations assigned to the months of the year. Today, the sun rises into the constellation of Pisces on June 21, but as time moves forward, in a hundred years the constellations will have shifted enough that the sun will rise into the constellation of Aquarius. Since the Sumerians ceased to exist as a culture around 2000 BC, knowledge of precession requires that they had been observing the night sky for perhaps two thousand years, the time it takes for the zodiac to rotate from one constellation to the next. This means they likely had been astronomers since at least 4000 BC. Arthur Harding, a professor of mathematics and astronomy at the University of Arkansas, argues that the zodiac must have been conceived in prehistoric times. Agreeing with Jackson, Volney, Dupuis, and de Santillana and von Dechend, he writes, in Astronomy: The Splendor of the Heavens Brought Down to Earth, that "the signs of the constellations of the Zodiac coincided about 300 BC and also about 26,000 BC. We know that they were in use before 300 BC. They must, therefore, have been invented not later than 26,000 BC."(Before the Pharaohs)

If Schwaller's interpretation is correct - and there is every reason to suppose it is - it suggests that the Greek historian's priestly informants must have had access to accurate records of the precessional motion of the sun going back at least 39,000 years before their own era. What might we have learned about the First Time if the Turin Papyrus had remained intact? The final two lines of the column, which seem to represent a summing up or inventory, are particularly provocative. They read; '...Venerables Shemsu-Hor, 13,420 years; Reigns before the Shemsu-Hor, 23,200 years; Total 36,620 years'. (Fingerprints of the Gods) 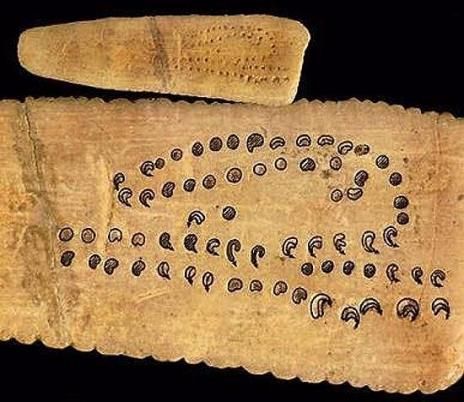