Meanwhile, even orthodox thinking dates Indian village culture, thought to be the forerunner of Mohenjo-Daro and the Harappan civilization, to an extremely ancient age. Excavations at Mehgarh, in modern-day Pakistan, have pushed back that date in India to 6000 BC, before the so-called advent of civilization in the Middle East. Some orthodox scholars credit India not only with the first alphabet, but also as the cradle of civilization whence sprang Mesopotamia, Sumeria, and Egypt. Linguistic evidence, moreover, offers intriguing clues: The indigenous languages of places as distant as Kamchatka and New Zealand bear a similarity to Tamil, the language of southern India. Tamil words turn up, furthermore, in the world's great Classical languages: Sanskrit, Hebrew, and Greek. (83)

Chinese archaeologists studying ancient rock carvings say they have evidence that modern Chinese script is thousands of years older than previously thought. State media say researchers identified more than 2,000 pictorial symbols dating back 8,000 years, on cliff faces in the north-west of the country. They say many of these symbols bear a strong resemblance to later forms of ancient Chinese characters. Scholars had thought Chinese symbols came into use about 4,500 years ago.The Damaidi carvings, first discovered in the 1980s, cover 15 sq km (5.8 square miles) and feature more than 8,000 individual figures including the sun, moon, stars, gods and scenes of hunting or grazing. "We have found some symbols shaped like both pictures and characters," Li Xiangshi, a cliff carving expert at the North University of Nationalities in Ningxia Hui autonomous region, told Xinhua news agency. "The pictographs are similar to the ancient hieroglyphs of Chinese characters and many can be identified as ancient characters. "Until the discovery, the earliest characters included 4,500-year-old inscriptions on pottery from Henan province in central China. (32)

Colin Refrew has suggested that Indo-European languages and culture spread into Europe through Turkey and came with agriculture, which seems to have been established in much of Turkey by at least 8,000 years ago. This would explain much about why most of the languages of South and Northwest Asia appear to have been ancestral to almost all the native languages of Europe. (Patterns in Prehistory) 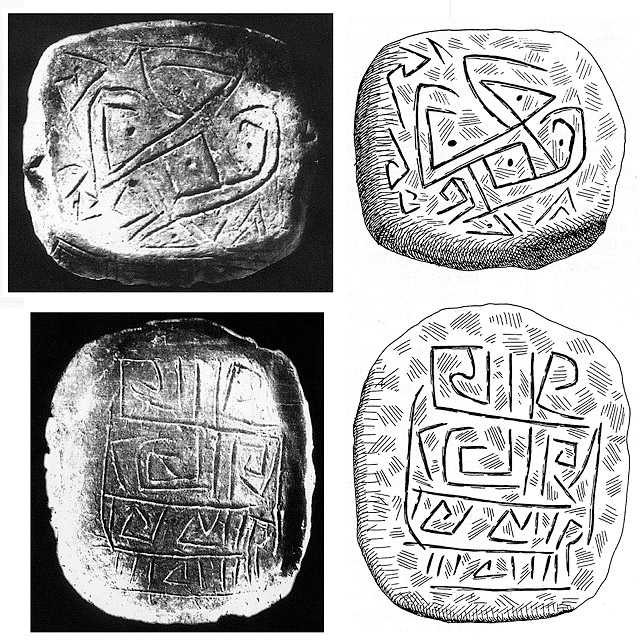 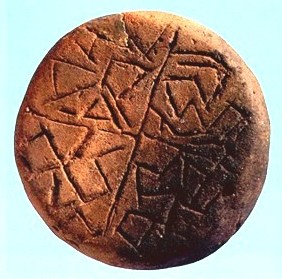 The 'Gradesnica Plaque' found at Vratsa in Transylvania also shows distinct similarities between megalithic inscriptions and Elamite symbols, and is dated at between 6,000 and 7,000 years old. (Uriel's Machine)

Nicholas Reid, a linguist at Australia’s University of New England specializing in Aboriginal Australian languages, and Patrick Nunn, Professor of Geography at the University of the Sunshine Coast, recently teamed up to investigate Aboriginal traditional stories— What the team found were eighteen authentic Aboriginal stories which, they claim, accurately describe geographical features that predate the spectacular rises of sea level at the end of the Ice Age. Their research makes a compelling case that “endangered Indigenous languages can be repositories for factual knowledge across time depths far greater than previously imagined, forcing a rethink of the ways in which such traditions have been dismissed.” The researchers determined that these stories recount a time when seas were about 30 feet higher than today, suggesting that the stories are between 9,350 and 7,800 years old. (Magicians of the Gods)