Of all the processes by which the modern world lost its earlier linguistic diversity, the Indo-European expansion has been the most important. Its first stage, which long ago carried Indo-European languages over Europe and much of Asia, was followed by a second stage that began in 1492 and carried them to all other continents. (The Third Chimpanzee) 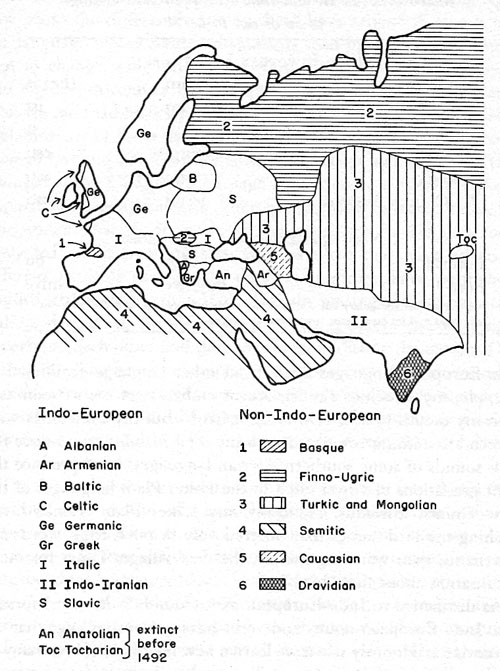 This map shows the distribution of Indo-European language branches surviving in 1492, just before Spanish began to leap across the Atlantic with Columbus. Three branches are especially familiar to most Europeans and Americans: Germanic (including English and German), Italic (including French and Spanish), and Slavic (including Russian), each branch with 12 to 16 surviving languages and 300 to 500 million speakers. The largest branch, however, is Indo-Iranian, with 90 languages and nearly 700 million speakers from Iran to India (including Romany, the language of Gypsies). Relatively tiny surviving branches are Greek, Albanian, Armenian, Baltic (consisting of Lithuanian and Latvian), and Celtic (including Welsh and Gaelic), each with only 2 to 10 million speakers. In addition, at least two Indo-European branches, Anatolian and Tocharian, vanished long ago but are known from extensive preserved writings, while others disappeared with fewer traces. (The Third Chimpanzee)

Ironically, horses were what enabled Turkish tribes from central Asia in the eleventh century AD to invade the land of the first written Indo-European language, Hittite. The most important innovation of the first Indo-Europeans was thus turned against their descendants. Turks are largely European in their genes, but non-Indo-European (Turkish) in their language. Similarly, an invasion from the east in 896 AD left modern Hungary largely European in its genes but Finno-Ugric in its language. By illustrating how a small invading force of steppe horsemen could impose their language on a European society, Turkey and Hungary provide models of how the rest of Europe came to speak Indo-European. (The Third Chimpanzee) 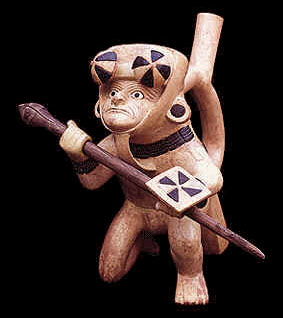 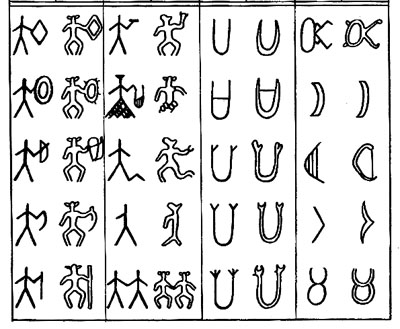