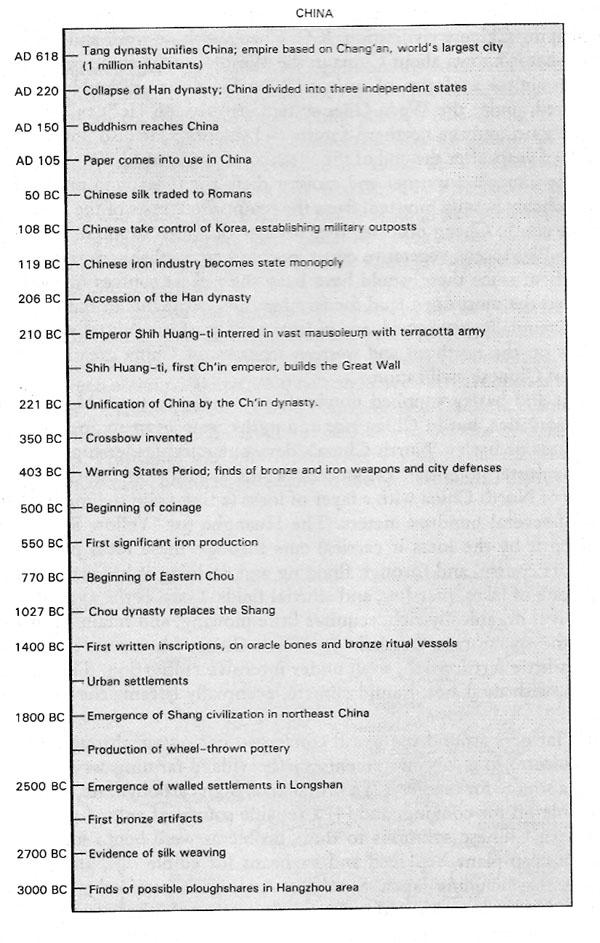 Like ancient Egypt , China was, superficially at least, intensely self-absorbed and inward-looking, and it saw itself as the center of the world whose periphery was populated by vicious barbarians. But China has a far larger and more varied physical landscape than Egypt --or Mesopotamia , for that matter--and this and other factors made its civilization a rich amalgam of many ethnic groups and a diversity of cultures. (Patterns in Prehistory)

Chinese civilization also appears to have placed women in positions of power to a much greater degree than some other civilizations. In all known ancient civilizations women of elite and royal families had special status and prerogatives, but in ancient China women were important bureaucrats, served as royal envoys, and in a least one instance commanded an army. (Patterns in Prehistory)