Food around the time of Christ

The first five centuries AD saw the rapid spread over much of Africa of agriculturalists using iron tools and weapons and subsisting in part on indigenous domesticates like sorghum and squash, and on domestic cattle and other animals. (Patterns in Prehistory)

Along with the introduction of the ox-drawn plow and the evolution of precise crop-rotation practices, Chinese agriculture underwrote the impressive cultural elaborations we associate with the Qin (221 to 207 BC) and Han (202 BC to AD 120) dynasties. (Patterns in Prehistory)

Studies of the newly exposed ground revealed that in fact the rippled patterns were the remains of raised fields. Some 35,000 acres of fossilized raised fields have been identified so far--enough acreage to support a population of 100,000 to 120,000 at the Tiahuanaco urban site and about 300,000 total in three surrounding villages. Raised-field agriculture is extremely efficient, but on such a scale it is also labor- and management-intensive. Such extensive acreage under cultivation would have required many workers and large volumes of water. Archaeologists have identified a complex irrigation system surrounding Tiahuanaco--including wetlands, dikes, aqueducts, causeways, and canals--that was used to store and deliver water to a sophisticated agricultural complex. By 500 AD the landscape surrounding portions of the lake was largely man-made. Agronomists reconstructed some of these plots and the resultant crops produced higher yields than conventional modern-day practices. Raised fields have also proved to be natural heat conservers. Experiments have shown that this type of agriculture can reduce crop damage from 100 percent to only 10 percent mortality. The entire agro-hydrologic scheme shows a high degree of plant and soil science knowledge as well as an excellent command of engineering principles. The fossilized raised fields exposed as the water level drops, along with the newly discovered temple complex, prove that people were living in the area near Titicaca both at a time when the lake's level was well below what it is today and at a much later date, when they experienced the floods that submerged their temples and fields. (The Genesis Race)

Beginning no earlier than 600 B.C., experiments in irrigation on the broad expanse of altiplano around Lake Titicaca produced a distinctive system of raised mounds, recently discovered in satellite photos. In this system, water, let in from the lake, was kept permanently in the ditches between mounds. In dry times, crops planted on the mounds could wick up the water, and on cold nights the water would give back the heat of the day's sun, preventing frost damage to the plants. Fish were raised in the ditches, providing a source of dietary protein as well as fertilizer for the crops. It is estimated that in the years between 200 B.C. and A.D. 600, as much as three hundred square miles of land were under this form of cultivation. (The Secret of the Incas) 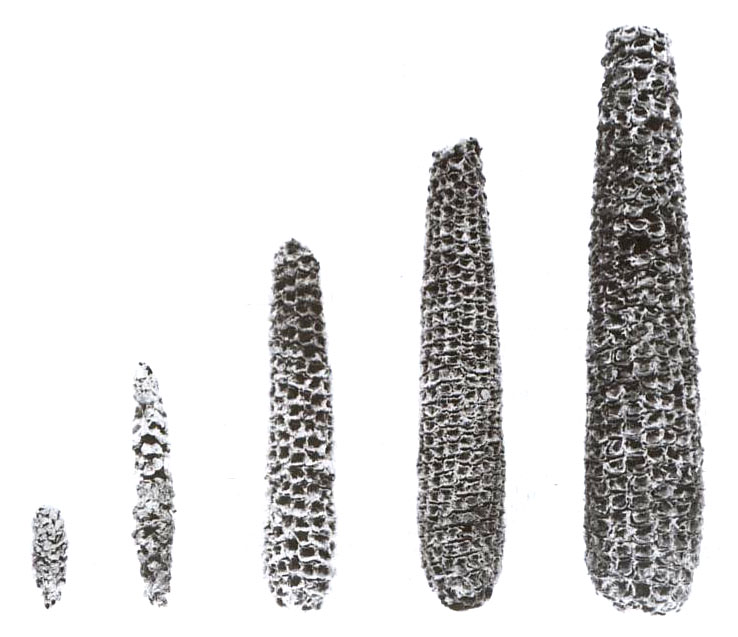 Critical was the agriculture developed on the lowlands at the expense of forest clearing, reminiscent of the 'slash and burn' techniques used today in the Amazon; each cleared area was viable for only two or three years. These, they planted with maize on a shifting, rather than fixed-field method. Recent research indicates that the clearance method was supplemented by a raised-field system supported by stone walls in the form of terraces. The impression is given that maize was the dominant crop, but almost certainly they cultivated the ramon, or Brosimum tree for its breadnuts, but this may have been a famine-food to fall back on in hard times. Towards the end of the Classical period, it is estimated that Mayan agriculture was capable of sustaining a population of eight to ten million, a sizeable percentage of which were not farmers, but occupied with the practical and administrative skills on which their civilization was founded. (The Mayan Prophsies for 2012)

The generalized hunting-and-fathering way of life persisted in the Desert West into the present century, except in a few favored areas where, beginning about 2,000 years ago a horticultural way of life, based on domesticated maize, beans, and squash was possible. (Patterns in Prehistory)

Over 2,000 years ago in North America, indigenous people domesticated plants that are now part of our everyday diets, such as squashes and sunflowers. But they also bred crops that have since returned to the wild. These include erect knotweed (not to be confused with its invasive cousin, Asian knotweed), goosefoot, little barley, marsh elder, and maygrass. We haven’t simply lost a few plant strains: an entire cuisine with its own kinds of flavors and baked goods has simply disappeared. Native to the Americas, erect knotweed grows in the moist flood zones near rivers. It’s a stalky plant with spoon-shaped leaves, and it produces achenes, or fruit with very hard shells to protect its rich, starchy seeds. Though rare today, the plant was common enough 2,000 years ago that indigenous Americans collected it from the shores of rivers and brought it with them to the uplands for cultivation. Archaeologists have found caches of knotweed seeds buried in caves, clearly stored for a later use that never came. And, in the remains of ancient fires, they’ve found burned erect knotweed fruits, popped like corn. (156)